The life situation you are in right now is a result of the things which you have done earlier. It’s your present actions which design your future. Hence, If you want to see yourself in the good future then you have to work on that from right now.

If you are not taking an action for that then it will result in regrets later on, especially when you’re in your 20s.

Every one of us has that regrets from 20s life like “Things I wish i knew in my 20 (or early)….”. Same as that hereby I’m presenting you points which most of us relate to and feel like regrets from the past.

Not wasted too much time earlier

I wish i knew the value of time.

I wish I had used that spare time to do some productive stuff or the things that boost me up, when i was in my 20s.

I really need to stop myself wasting time earlier before, then I need not do the multiple things right now and can easily focus on one. I hope that I had spent more of my free time in learning and reading good books instead of just wasting by doing nothing at all.

Not been with the bad company for long

I wish i knew the people to be with, instead of wasting time with wrong once. In my 20s and teen-ages, I used to spend time with those who have no ambition in life and goals.

It’d better that I had not spent time at parties and fun with those friends. It was better if I’d been friends with those who have a positive purpose in life.

Not to limit myself learning from schools only

I wish i knew learning is not limited to school and colleges only. Earlier I thought that learning only come from the books & lecture. But now realized that life is the biggest source to learn and it teaches us what we need to learn.

I needed to learn from the different life experiences from 20s and peoples I met at those times.

Not been that much lazy

I wish i knew my laziness way before. At a young age, I used to be a lazy guy. I always thought that I have enough time to do the important things to do later on.

If I was not lazy at that time, then I’m in a better position than now. Laziness waste those valuable time in sleeping which I can use to uplift my life, especially in the my 20s Age.

Focus on self-development from the beginning

I wish that I had spent time with my own self and do the things that help to improve me as a person. Hope that I have made a proper plan for self-development and write a letter to me for self-motivation.

Related: Save Yourself From “YOU”… Don’t Be Too Hard On Yourself

Started Working on Dreams instead of just dreaming of it

I wish that I had not done Daydreaming a lot. I wish that I had started to work on my dream plan from that time when it was just a dream. It is far better If  I worked at least 10% of the dream which I used to imagine.

That time, I had to spend more time to work on the dream instead of just seeing it.

Been with the Positive minds

I wish that I had a meeting and friendship with those who have a positive approach towards life and know exactly what they want from life. That people can figure out what it needs to achieve your ultimate goals.

I needed to be in a good company that helps me to live life in a positive way and raise the level of life. Instead of trying to become likeable by everyone , i wish I put more concern who already loves me for who I’m.

Started Side hustle instead of gaming and TV

I wish that I knew early start up. If i had started my struggle in quite earlier in the my 20s. I regret that I had not used that time for learning and side hustle instead of wasting in playing games and watching TV shows the whole day.

If I had started my hustle earlier than I have more experience and learning now.

Also Read: Mother: Inspiration in my Life, A Hero of my Life

Seized that opportunity instead of wait for another

Now I realized that I had to seize that opportunity even for trial instead of wait for that Right opportunity.

Not to worry about, what they’ll think

The thought of “what they will think..” let me stop doing a lot of things that I want to do in my life. I know that there is something wrong with society , but instead care about that, I wish I put more focus on my own, to achieve something in life.

Having that regret for being a shy to take help and forcing myself to be Self-dependent and tried to fix all the things on my own. I wish i knew the value of leader, that one who can guide me and can help me in actually.

But due to past experience and not having trust in others I was not able to take help from them who actually can help me.

Started Saving and investing earlier instead of just Spending

I wish that I had not spent that much money on the things which I didn’t require.

Instead of spending money on things of not usefulness, I wish I had used that money for the purpose of saving for the future need or in investing where I can get a good return, too.

I wish i knew the importance of the right habits earlier than life would be more positive.

Hope that I had developed life changing habits quite earlier, which lifts me up and helps me to make a better personality.

Being with the good books instead of party lovers, work for the dream instead of just dreaming about it or taking care of the body as it requires, I regret not started earlier.

Not been in that toxic relationship for long

I wish that I had not been in that relationship which impacts life in a negative way. I hope that I came out from that suffering relationship earlier instead of waiting to fix the things from my side only.

Also, hope it is better if I had not to give concern for person who took me as a granted.

Not depending on them for learning

I wish that I had not only relied on one them to teach me things that I want to learn. It was far better if I hadn’t not limiting myself to learn from them only. I hope that I also keep learning on my own self as well.

Later I came to know they will teach you. But also make sure that you are not going ahead of them. They teach you and only limited what they want to teach, But not as per what you want to learn. 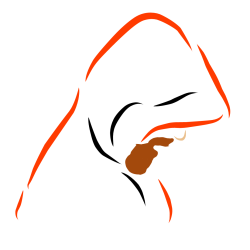